If you show up, you will find the support you need!

"Not so very long ago I reached out to Tracy Clark on her talk radio show, I was searching and crying out for direction. I had being medically removed from my employment, unable to think straight, unsure of what to do where to go and how to make myself better. When I reached out to Tracy she had me think of what made me happy and then from that point we created a potential how I could progress in my journey, FYI if you're not working at a job that you love you're in the wrong place. On October 1st I reached out again to Tracy and was gifted from the TLC Community the body regeneration wealth workshop which started October 16th. I had been going through extensive changes physically emotionally and spiritually. Just after starting the new Workshop I got very ill. I had been going through so many changes spiritually that my body literally was shutting down due to the releasing of that which no longer served me which I was being taught in Tracy's class. I was sick for 10 days during which time I reached out to Tracy twice, Tracy did adjustments for me and shifted a lot of my energy so that I could continue to release and let go. On November 1st I reached out again as fear was creeping back in I reached out again and was told by Tracy to stand fast in my beliefs and continue to clear for I was being guided. On November 8th, I was informed by my insurance company that my short term disability claim had being denied. After sitting in the energy for a little while I became so angered that I decided to go outside in the middle of the night for a walk. I jumped, I screamed, I threw a temper tantrum, tossed stuff all over the place, exhausted myself and returned into the house, I swear my neighbours think I'm crazy. The next morning I woke up with no anger, feeling as if the weight of the world had been lifted from my shoulders. I was filled with such peace, with no money in my pocket but an inner knowing that everything was going to be okay. I have since then been offered not 1 but 2 part time jobs and I was notified on 13th of November that my disability claim had been approved and that the money was forthcoming. Things have shifted extremely extremely for me. I know that at times in your life, we all feel defeated, we all feel disconnected, I'm here to tell you that if you reach out, if you show up, you will find the support you need, you will be rewarded for your efforts. Tracy Clark and her TLC Community are here for you just as they were here for me. I am so grateful for this community, for Tracy Clark, and God for guiding me, helping me, and supporting me in my journey. I will promise you this, if you show up, if you apply yourself and what you've learnt that you will create and bring to you what you need. IT IS YOUR BIRTHRIGHT!!!" Susan Clyde

It is so uplifting!

Soul Sundays and the workshops are amazing. It is so uplifting, and what I always remember at the end is not to judge myself but to love myself and the journey I'm on. Tracy L Clark is so patient and has come through so many things, and I believe this is why the love flows through her so strong. I absolutely love hearing her speak because her words produce shifts that I can take. I love the moment ...Read Michael C's Full Testimonial

Off the charts again!

It was such a moving experience!

"...come together for this great Soul Sundays. It's a mix of women men-children with different beliefs, ages, and different cities from all over the world. It is inspirational, uplifting lots of releasing and letting go of physical mental energies and much much more." ...Read Connie M's Full Testimonial

The information that you will learn in these programs is incredible, there's nothing like it

"...there is no one like Tracy L Clark, I feel honored and blessed to be on this journey with her and this community. To have her be that stand for me and for me, to be that stand for her, and our community as a whole, globally. So I invite you, whatever might be in your way of your "yes" I encourage you, dig deep, look at it, find where the roots and the seeds of that block are, and remove them" ...Read Tara M.'s Full Testimonial

Tearing With Joy And A Heart Full Of Love!

"Thank you  for making me understand that I can be the REAL ME...I started on a journey of self growth and realization over 30 years ago, learning, reading, doing courses and workshops, different therapies and modalities and meeting different teachers along the way...YOU, however, have been the most impactful in the shortest time" ...Read AnnaMarie DiMeo's Full Testimonial

Loving My Lightness of Being and Joy

"It's as if the new energy took place in lightness. It is really what I have been feeling since the workshop: lightness, joy, and trust in what is coming next...I love that new level of lightness and joy.   I try to attend every event that I can, despite the 8-hour drive, because I gain so much and my life improves in incredible ways.  " ...Read Bianca Cousineau's Full Testimonial

Tracy is the real deal

"Tracy is truly gifted and genuinely cares about people achieving their extraordinary life and being their best self. The partnership program is one of the best investments I have ever made..." ...Read Christie O's Full Testimonial

My Life Has Changed in Miraculous Ways

"Since meeting Tracy and joining the Miraculous Academy, my life has changed in ways I never thought possible. Her simple tools and constant support has improved my health, finances, career, and love life, and most importantly, the relationship I have with myself. Because she truly cares, she teaches you to hold the power in your own life, and to elevate yourself to live your dreams. Thanks Tracy! ...Read Brittany Lein's Full Testimonial

My life is changing in many ways

"When do you have complete strangers showing up and supporting you like family and friends? " ...Read Shannon M's Full Testimonial

You are so deeply supported!

I have never been happier

" It has helped me figure out a way that I could solve my own problems through asking myself questions and listening to the answer, gave me a route to get to the things I want in life, helped me lose doubt, and gain an overall confidence..." ...Read Butch B's Full Testimonial

Abundance Of Peace And Love In My Life!

"In less than a month of working with Tracy, I have been able to overcome many of the restrictions, blockages and fears that have prevented me in the past from living the life I’ve always dreamt of.  Tracy is by far one of the most extraordinary people I have ever had the pleasure of meeting and working with..." ...Read Mike Awde's Full Testimonial 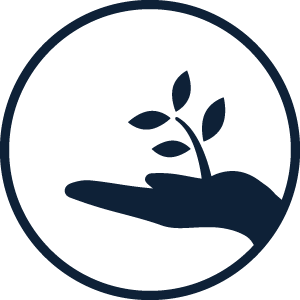 Hi, I am Rev. Tracy L and I am your high performance energy coach! I help you release the blockages in your body and energetic field so you can start to live a life of ease and grace through transformation, love and connection. Embrace a life of thriving, not surviving!